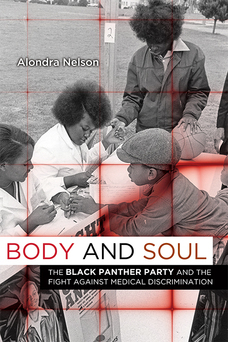 Body and Soul: The Black Panther Party and the Fight Against Medical Discrimination

Between its founding in 1966 and its formal end in 1980, the Black Panther Party blazed a distinctive trail in American political culture. The Black Panthers are most often remembered for their revolutionary rhetoric and militant action. Here Alondra Nelson deftly recovers an indispensable but lesser-known aspect of the organization’s broader struggle for social justice: health care. The Black Panther Party’s health activism—its network of free health clinics, its campaign to raise awareness about genetic disease, and its challenges to medical discrimination—was an expression of its founding political philosophy and also a recognition that poor blacks were both underserved by mainstream medicine and overexposed to its harms. Building on a long tradition of medical self-sufficiency among African Americans, the Panthers’ People’s Free Medical Clinics administered basic preventive care, tested for lead poisoning and hypertension, and helped with housing, employment, and social services. In 1971, the party launched a campaign to address sickle-cell anemia. In addition to establishing screening programs and educational outreach efforts, it exposed the racial biases of the medical system that had largely ignored sickle-cell anemia, a disease that predominantly affected people of African descent. The Black Panther Party’s understanding of health as a basic human right and its engagement with the social implications of genetics anticipated current debates about the politics of health and race. 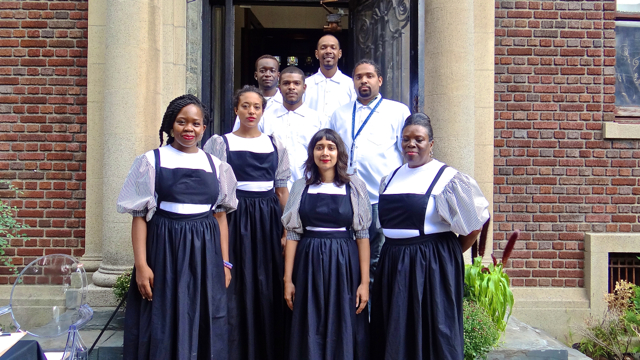 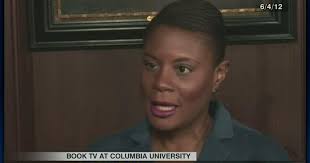 The historian Alondra Nelson’s excellent Body and Soul: The Black Panther Party and the Fight Against Medical Discrimination (2011) describes how these groups maintained that new civil rights laws and Great Society programs alone would never meet the needs of the poor unless the poor themselves had a voice in shaping them. The Panthers espoused violence and called for a separate black country. They certainly weren’t right about everything, but when it came to lead poisoning, they probably were.

In Body and Soul, Alondra Nelson combines careful research, deep political insight, and passionate commitment to tell the little-known story of the Black Panther Party's health activism in the late 1960s. In doing so, and in showing how the problems of poverty, discrimination, and access to medical care remain hauntingly similar more than forty years later, Nelson reminds us that the struggle continues, particularly for African Americans, and that social policies have profound moral implications.

--Rebecca Skloot, author of The Immortal Life of Henrietta Lacks

The activities of the Black Panther Party have long been reduced to stories of violent police confrontations and empty propaganda. By taking seriously the claims and the practices of the Black Panthers with respect to the health of Black people, Alondra Nelson has provided a critical corrective to earlier studies. More importantly, this is a brilliant analysis of a significant moment in the long tradition of health advocacy on the part of African Americans. That health was a cornerstone of Black Panther politics reveals how deeply access to good health care has shaped Black lives and politics in the past and today. Body and Soul is a major achievement and will be indispensable to anyone who wants to understand how healthcare and citizenship became so intertwined in American life.

--Evelynn Hammonds, Barbara Gutmann Rosenkrantz Professor of the History of Science and of African and African American Studies, Harvard University

Nelson advances the sociologies of health/medicine, race, and social movements…[and] hones in on the effort to provide medical services, health counseling, and health advocacy for African-Americans...A novel portrait emerges in Body and Soul…At its historical juncture, the party sustained the movement on behalf of human rights under the health rubric and it contributed to the inclusion of African-Americans as patient-citizens. The struggle for health and medical rights continues in the post–civil rights era. After a history of protest against the idea of an idiosyncratic physiology of black people, mainstream African-American leaders have come to advocate for access to a drug specifically applicable to the genetics of African-Americans, reopening from a politics of opposition the whole issue of race essentialism. Nelson concludes with a brief but brilliant discussion of the complexities of moral discourse springing from the human need for healthy bodies.

…missing from [the] literature are discussions of community organizations advocating for increased healthcare access. In reviewing that literature, it would be difficult to locate any mention of the Black Panther Party and their work surrounding health activism, which Alondra Nelson’s recent book, Body and Soul: The Black Panther Party and the Fight Against Medical Discrimination, eloquently and efficiently addresses…Nelson’s work extends current health activism literature by exploring the socio-historical contributions of African Americans…her work debunks the often misinformed perception [of] the Panthers' activities…This endeavor, by no means a simple task, is powerfully and yet simply accomplished in this book.

--Social Identities: Journal for the Study of Race, Nation and Culture

Alondra Nelson devotes an entire book to the medical and health related services offered by the party in cities across the country. This is an issue of tremendous import… [A] finely crafted study… an original and robust contribution to the growing body of scholarship on the BPP... Body and Soul is a much-needed and major work that will set the standard for scholars who continue to excavate and highlight the critical importance of the community survival programs that were the BPP's bread and butter, and that accounted for so much of the group's success as the country's most effective black revolutionary organization of the twentieth century.

…quite informative in describing the role of the Black Panther Party in promoting better health for blacks.

[an] estimable study...Nelson raises a number of questions seldom posed by historians of the organization. She is to date alone in showing how the Panthers funded their community projects…one of the few to illuminate the coalitions that the organization formed which made such programs possible. BODY AND SOUL is a valuable addition to the literature on this organization, rendering the Black Panthers in greater complexity than most other accounts have achieved, and pointing the way to archival collections largely untapped...BODY AND SOUL promises to bring scholarship on health activism to a wider body of scholars, at the same time as it offers those already working on these topics an improved register for thinking about the study of race and health.

Nelson presents a sympathetic, scholarly account of this lesser-known aspect of Panther activism, describing how the organization demanded—and provided—accessible health care for black Americans while challenging abusive, coercive, and discriminatory care...Nelson draws on interviews with former Panthers as well as an extensive list of secondary sources, emphasizing the political, social, and theoretical underpinnings of the Panthers’ work...a valuable contribution to the literature.

Body and Soul is well researched and powerfully argued, and it skillfully bridges several scholarly fields... By any measure, Nelson’s book is an important contribution.

This is a history of the health politics of the Black Panther Party (BPP) in the late 1960s and early 1970s, which Nelson (sociology, Columbia U.) sees as both reflective and an amplification of "the distinctiveness of a tradition of black health advocacy in which pragmatic matters of disease and healing (e.g., the founding of health institutions) were coextensive with broader political matters (e.g., challenges to racism)." She characterizes the BPP's approach as a "social health" position that drew upon the World Health Organization's framing of health as a human right, African American traditions, and Marxist understandings of the "medical-industrial complex" in order to fashion a multifaceted, but interconnected, challenge to racial health disparities that involved the establishment of free community medical clinics, ideological critique of biomedical authority (particularly in relation to racial theories of violence), coalition building with other radical groups and radicalized medical professionals, and health education campaigns.

This book is a revelation. Alondra Nelson uncovers two remarkable histories in Body and Soul. First, she provides the deep context for our current conversation about the health disparities that plague the African-American community and that are, as she puts it, ‘quite literally sickening.’ Second, she adds immeasurably to our knowledge of the Black Panther Party, complicating its commonplace designation as a radical, militant organization to unearth its dedication and hard work in advocating for and providing equal and quality health care for even the most underserved African Americans. Nelson is the first scholar I know of to bring these two histories into dialogue with each other, and she does so with spectacular results. This is a tremendously important book.

Nelson, a professor of sociology at Columbia University, reports exhaustively on the Black Panther Party's role in the radical health movement of the 1970s, positioning the BPP as important players in the long tradition of civil rights health activism. She discusses the social function and day-to-day activities of the free health clinics each BPP chapter was obliged to maintain, as well as the party's campaign to fight sickle-cell anemia, a genetic disease primarily affecting African-Americans (and one that was largely ignored by the medical community). Nelson gives an in-depth explanation of how the BPP's anti–sickle cell fight became a means of highlighting racially biased medical neglect. The most exciting part of the book comes toward the end, where Nelson explains the BPP's (ultimately successful) challenge to the formation of the UCLA Center for the Study and Reduction of Violence, a group whose research programs hypothesized that violence was "the product of the inherent pathology of individuals (black men, in particular) and not a political or social phenomenon." Chillingly, several of the center's researchers were advocates for psychosurgical manipulation of the brain as a means of curtailing violent behavior. Nelson's…work deserves commendation for its thoughtfulness and thoroughness.

detailed and engaging... stands out as the first major book length treatment of the BPP’s medical initiatives. [Nelson’s] insistence that the BPP’s medical programs be appreciated as a continuation of previous initiatives of the medical civil rights movement; and that discourses related to them serve as precursors of present debates about health care as a right and not a privilege is compelling.

Nelson makes a valuable contribution by demonstrating that the Party’s medical outreach programs were a continuation of a tradition of self-reliance that began in the nineteenth century… Body and Soul will serve as the catalyst for continued analysis.

In her revisionist account, Nelson insightfully guides the reader through the range of campaigns by which the Black Panther Party paved the way to broad efforts to promote biomedical inclusion and democratize access to medical knowledge and practice.

--Steven Epstein, author of Inclusion: The Politics of Difference in Medical Research

Rarely mentioned is the type of thick description of the group's social and health politics that Nelson makes available here.

...cuts through some of the romanticized elements of the party’s legacy to tell the little-known story of the Black Panther Party’s struggle for healthcare justice... Alondra Nelson shows that the Panthers' most revolutionary ideas may have been those surrounding community-based free healthcare.